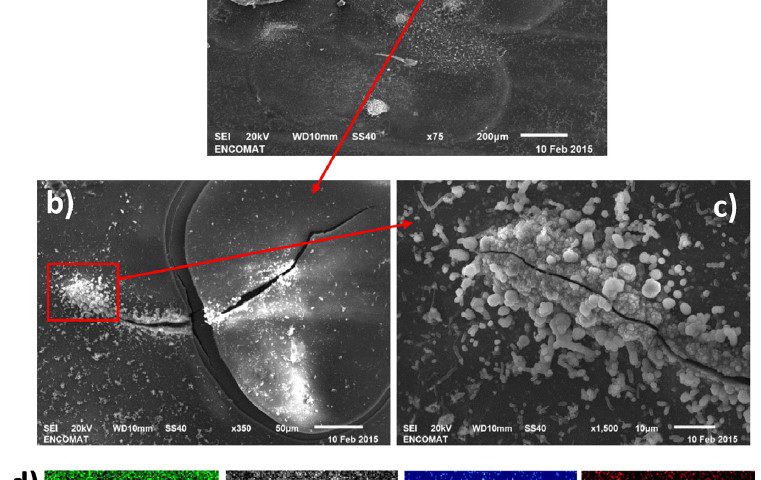 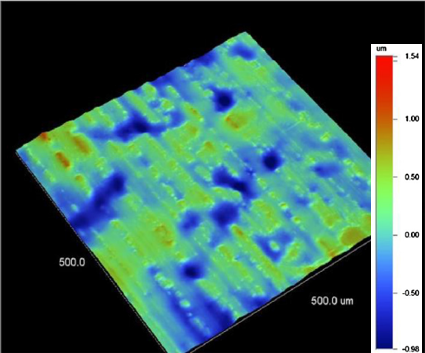 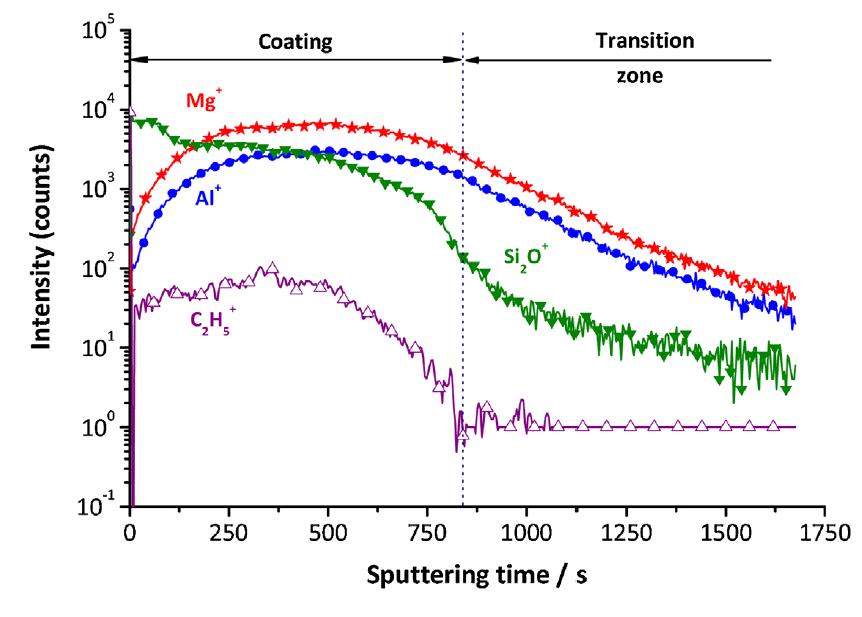 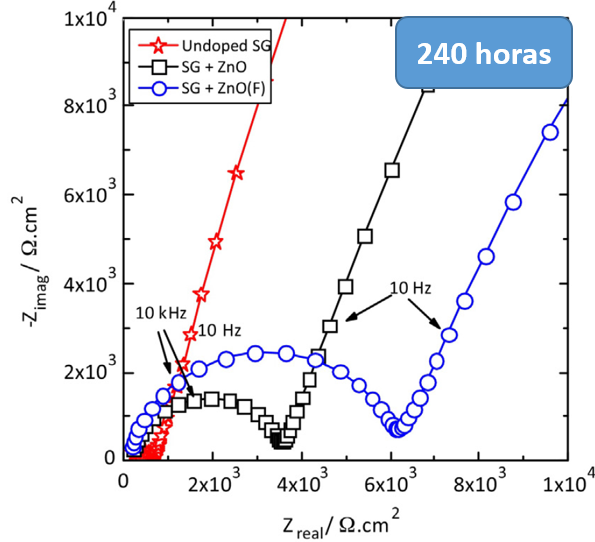 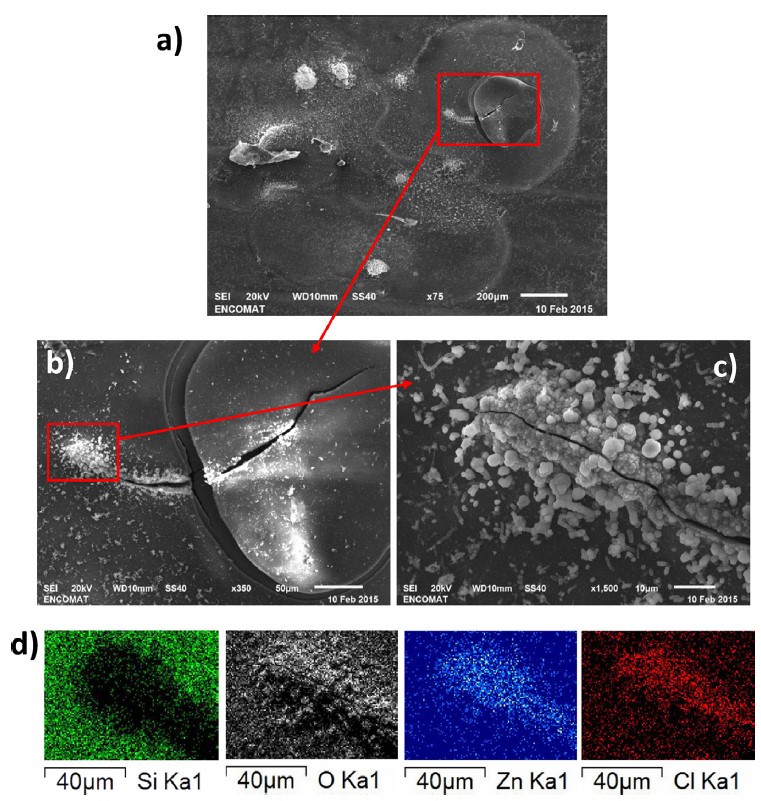 The food processing sector, and in particular the canning industry, is involved in the development of new coatings that provide greater corrosion resistance and the minimization of migration problems of some substances used in the protection system. In particular, the banning on the use of hexavalent chromium baths in different sectors and the harmful effects of some compounds used in the synthesis of traditional epoxy-phenolic varnishes, such as Bisphenol-A, make it necessary to develop new coatings formulated from precursors and additives that are safe for health and the environment.

In the particular case of the fish canning industry, the increase of the legislative constraints on the traditional varnishes in certain countries triggers the search for new alternatives. With this objective, a research project was initiated by the ENCOMAT Group from the University of Vigo, in collaboration with the National Association of Canning Manufacturers (ANFACO-CECOPESCA), which represents the starting point of the present Thesis.

The results obtained were presented at different national and international scientific congresses, and gave rise to the six publications contained in this “compendium of articles”.

The articles presented below propose the structural design of new thin layer coatings using sol-gel technology. The coatings were obtained from functionalized organosilanes, included in the current legislation as suitable for the manufacture of materials in direct contact with food. The final product is an innocuous film with enough flexibility to contain active particles that can act as corrosion inhibitors. The metallic substrate employed was commercial tinplate with different surface finishing.

Different combinations of the following metal alkoxides were used as precursors for obtaining the sol-gel coatings:

Obtaining of sol-gel films based on VTMS

After a preliminary set-up of the process of synthesis, using different organic solvents, sol-gel films using VTMS as the precursor silane were successfully deposited on a tinplate substrate without chromate passivation layer. This precursor is among the substances authorized by EU Regulation 10/2011 as a monomer from which sanitary varnishes can be synthesized. The protective effect of the passivation layer based on chromium oxides and the sol-gel layer on an acidic medium was also evaluated. The results obtained at this stage of the Thesis project are summarized in the first article "The use of sol-gel film as a pre-treatment for tinplate used in the canning industry" published in the journal Progress in Organic Coatings.

In order to optimize the system and be able to apply it on passivated tinplate, a new hybrid sol-gel was synthesized from mixtures of VTMS and TEOS. To optimize the curing cycle, a kinetic study was performed by Differential Scanning Calorimetry. The results of the synthesis and the curing optimization of the coatings were collected in Article 2 "Structural characterization and barrier properties of hybrid sol-gel films applied on tinplate" published in the journal Surface & Coatings Technology.

Once the optimal conditions of the curing process were acquired, a clear influence of the aging time on the properties of the deposited films was detected. This aspect triggered the study of this parameter and the assessment of the minimum time necessary to achieve homogeneous films with adequate barrier properties. The results obtained are collected in the third article of the present thesis "Characterization of Hybrid Sol-Gel Coatings Applied over Tinplate" published in Portugaliae Electrochimica Acta.

The following step was the assessment of the influence exerted by the nature of the aggressive medium on the mechanism of corrosion. To this end, the study was carried out using two food simulants commonly used by the metal packaging industry. The results obtained are collected in Article 4 entitled "Electrochemical behaviour of organic/inorganic films applied on tinplate in different aggressive media", published in 2014 in the journal Progress in Organic Coatings.

Design of multilayer systems and addition of inhibitors

This last stage of the work involves the application of different strategies to improve the anticorrosive properties of the coating. First, the study of a multilayer system was analysed. The system was made by the hybrid TPOZ-GLYMO, in the direct contact layer with the metal container, and TEOS-VTMS film in the top layer. The second improvement strategy consisted in the incorporation of inhibitory particles into the coatings. The inhibitors used have been layered anionic clays of hydrotalcite type (HT) and zinc oxide particles (ZnO), both compounds are authorized by European legislation as additives in the synthesis of materials intended to be in direct contact with food.

Thus, Article 5, "The anticorrosive properties of sol-gel films doped with hydrotalcite nanoparticles applied on tinplate", published in the journal Electrochimica Acta, addresses the physical characterization and the study of the protective properties of these multilayer systems in chloride medium. One of the most interesting characteristics of hydrotalcite particles is the ability to exchange their compensating anion, being able to act as a scavenger of certain aggressive ions, such as chlorides, releasing inhibitory compounds. The effectiveness of this mechanism of action as well as the thermal activation effect of these particles were object of a detailed analysis in this article.

Finally, with the aim of improving the properties of the primer layer, a study was carried out on the effect of the incorporation of ZnO nanoparticles. The characteristics of this additive include its low toxicity and its bactericidal action. The obtained conclusions are in Article 6, "Assessment of ZnO nanoparticles as anticorrosive pigment in hybrid sol-gel films" published in Progress in Organic Coatings. The results revealed a remarkable tendency to agglomeration of the particles. The effectiveness of the functionalization treatment proposed to overcome this drawback has been confirmed by the analysis of its electrophoretic properties. On the other hand, the combination of surface characterization and the electrochemical techniques had allowed to deepen the knowledge of its inhibitory mechanism